Is driving under eye dilation allowed?

On many occasions, when attending an ophthalmologist appointment you do not know whether to go by car or not, if you should be accompanied ... one may know from previous visits, or by friends or family, that "dilating drops" are quite common. There are many and varied questions that arise...

Will I have my eyes dilated at the first visit? Are they necessary? How long does the effect last? Can I work later? And drive? And, above all ... is it allowed?
What is eye dilation for?
The "dilating drops" are used to keep the pupil dilated while the ophthalmologist use the light of our equipment, allowing us to see inside the eye where the optic nerve and the retina lay. (fundus).
Decision on using them, depend on the reason for the appointment or the findings during our exploration. They are not necessary in the vast majority of visits, since to check eye sight, the anterior part of the eye or intraocular pressure dilating the pupil is not needed. Moreover, in most people, if there are no cataracts or they have very small pupils, the ophthalmologist is able to see without dilating the most important structures of the fundus, such as the optic nerve or the macula.
So, given the discomfort for the patient that involves dilation, you will rarely find having your eyes dilated without the possibility of postponing the exploration to another day.
What discomfort will I have?
There are several types of drops that are used for dilation, with greater or lesser effect and duration. Usually, tropicamide is used, which lasts a couple of hours in adults.
Although the distant visual acuity does not usually diminish too much, the near one is more affected, so it will be more difficult to read or write. It is important not to have any project or work to do after the visit.
During the day, the main discomfort is a constant glare, as more ambient light enters the inside of the eye, being prevented to close the pupil to protect itself. This situation can be improved by wearing sunglasses. By night, halos around the lights can be noticed and if dazzled by the headlights of a car, it will take more time to recover vision.
So, can I drive?
The legal visual requirements in Spain to be able to get a non-professional license, require a vision with two eyes of 0.5 (on a scale over 1.0); and it is even allowed if there is vision only in one eye, as long as the rest of the field of vision is normal, more than 6 months of evolution and adaptations to the vehicle are made. (1)
Thus, the visual requirement in driving is very low, and the dilation will not make the visual capacity of a healthy person to be below the minimum legal requirements. (2) On the other hand, in Spain there is no specific prohibition for which you cannot drive dilated.
Should I drive?
Once the legal requirement is known, the medical recommendation comes along. Alterations caused by dilation do not affect distant vision too much, but the ability to discern objects with low contrast is affected. Most objects on the road, especially at night, have low contrast. (3) This decrease in contrast sensitivity is directly related to an increased risk of a traffic accident. (4)
On the other hand, near and intermediate vision is affected; that is, those objects that are in the first 3 meters will not be seen clearly. Likewise, the increase in recovery time after being dazzled by headlights will have a very negative impact on the case that the driver needs to react to an unforeseen event on the road.
All these negative effects are exponentially multiplied if suffering from any disease such as cataracts, glaucoma, ocular diabetes or macular degeneration ... to give some examples.
Therefore, in 2016, the DGT drafted a "consensus document on medicines and driving in Spain" (5) where drugs that affect driving are listed in different categories according to their impact on the ability to drive . 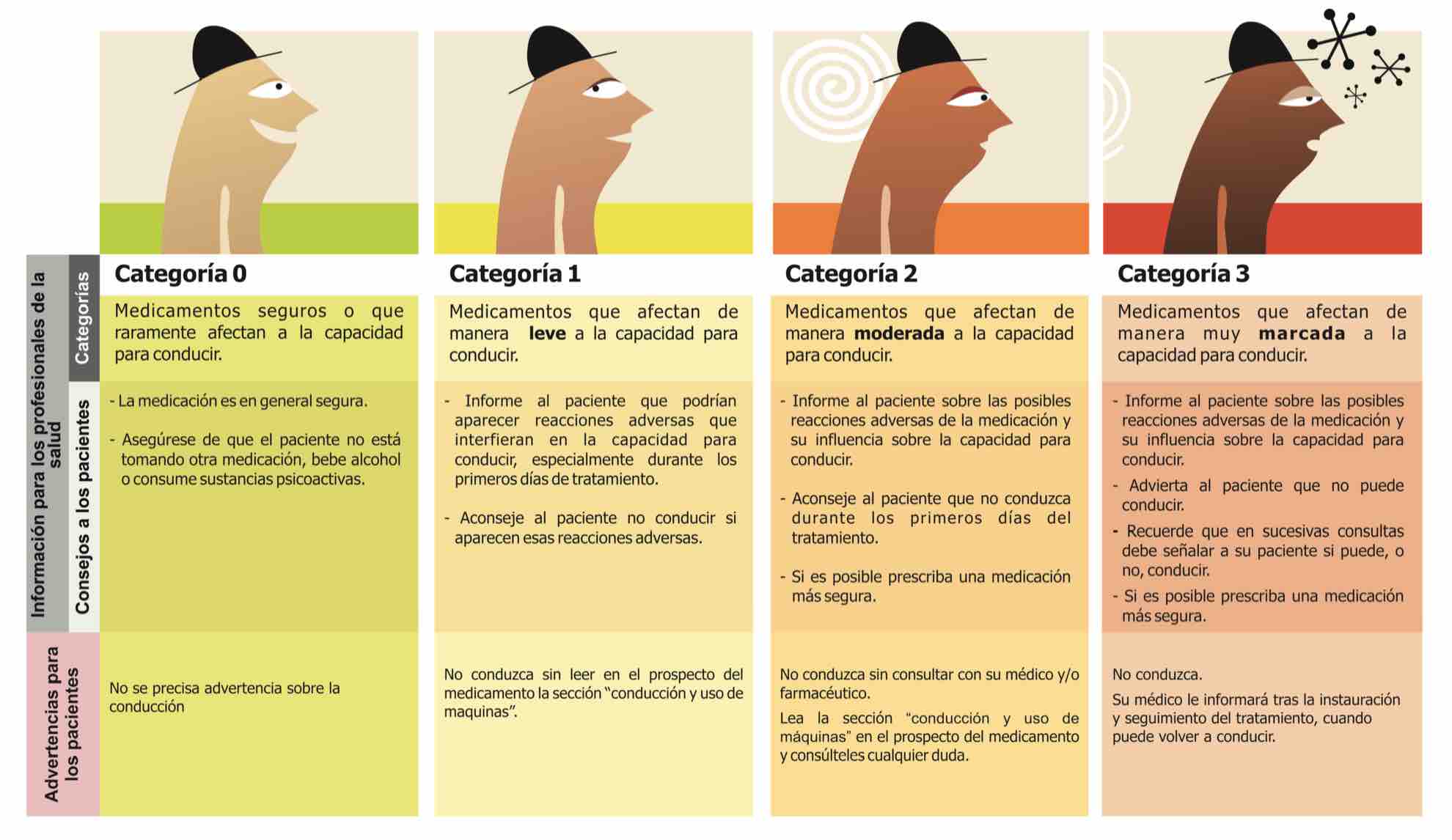 All the "dilating drops" are listed in category 3, with very marked decrease to the driving ability and the explicit warning of "not driving"
Dilation significantly decreases the ability to drive, so it is our duty as vision professionals, to remind the patients that an unnecessary risk of having an accident is assumed if driving dilated.
Please, if you know that you will have your eyes dilated, go to the office accompanied or by public transport. Wait between 2 and 4 hours to drive again. And remember, most likely the ophthalmologist can leave the eye dilation for another day.
Bibliographic references

GDPR protection conditions of your medical data Privacy Cookies Legal
We use own and third party cookies to provide a better experience and service. If you continue to browse consider accepting its use.
ACCEPT More info